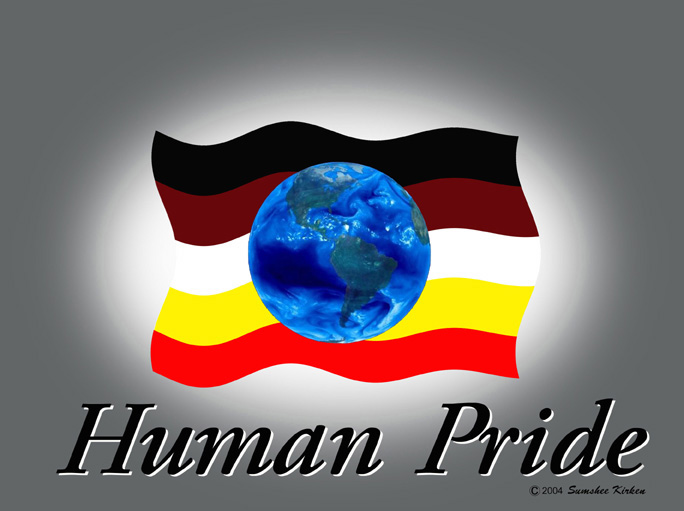 "If everyone demanded peace instead of another television set, then there'd be peace."
- John Lennon

You cannot shake hands with a clenched fist. ~ Indira Gandhi

"If you wish to experience peace, provide peace for another." Tenzin Gyatso, The 14th Dalai Lama quotes (Dalai Lama, b.1935)

"When the power of love overcomes the love of power, the world will know peace. - Jimi Hendrix 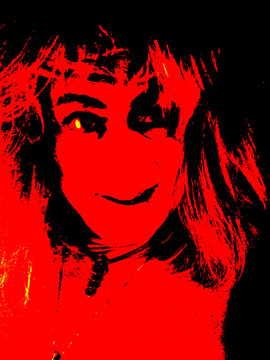 This page was first published somewhere around 2002-2003.
It was first presented as a response to
and social elaboration on
Gay/Lesbian Pride.
I never WAS one to Join Clubs which separate people.
Your Joy is My Joy.
Your Hurt is My Hurt.
We are One Human Family!
Black, Brown, Red, Yellow and White!

Several years ago, I started a business which sold many items bedecked with the six pride colors,
signifying gay, lesbian, bisexual and transgender freedom and acceptance.
That local crowd had no retail outlet from which to buy those items.
After a short time, I got to thinking aout how those colors were working regarding their intended purpose.
I also considered the GLBT position in our society from several vantage points of observation over the years;
both from the outside and inside.

I had a dream

I dreamed that I went to a convention of gay-pride-goods oriented businesses.
I started looking around to see what other folks were promoting in the way of pride goods.
There were flags, stickers, cups, t-shirts, jewelry....all that usual stuff.
Then, I started noticing other things not usually in that realm:
music, strange looking musical instruments, tapestries, rugs, pottery.... very ethnic stuff.
I started thinking that I had wandered into another “convention hall”.
I looked back to where I had come in and couldn’t quite put my finger on it.... something was different.
What was it?
Wait a minute!
The colors were different!
Where was the red-orange-yellow-green-blue-purple?
I saw black, brown, red, yellow, white.
I saw a large lady with a cup of coffee in her hand who seemed to be scanning around
like she was surveying her estate...keeping an eye on things.
I approached and asked if she knew why the colors were different than I remembered.
She said her name was Selfa and that she knew me...from somewhere...didn’t say where.
But she told me that I knew the answer already.
She said she had to go change the music and then she was gone.
Dreams!
I kind of looked around for her but could only HEAR her.
“Think about it. Look to the past and the future...and logic.”

All of a sudden, I was addressing everyone in the convention hall. There was even a glass and pitcher of water on the podium in front of me. It was water, but it was black. I looked to the audience, then back to the pitcher. Now it was brown, fading to red....then yellow....then to white. I looked to the crowd, cleared my throat and proclaimed,
“I haaavve a dream!”.
Yeah, I sure do. One doozy of a dream. A man came toward me from off-stage.
He reached up and removed a multi-colored wig from my head.
It had the six gay-pride colors. Damn! I didn’t remember putting that on!

With immediate clarity, I suddenly knew what to say.

“People have been buying the six colors from me for almost two years now, but I see a problem!
Do you remember how, in the sixties, there were so many marches and such....riots, even? Anyone yearning for integration had to scream and holler, just so that blacks could eat in the same restaurant, use the same water fountain, have the same jobs. There are still remnants of all that going on, but not as much.
The norm has changed. “Black” isn’t as much of an issue as it was then.
Women don’t burn their bras any more to get attention to the fact that they want THEIR equality.
Vigilance is still needed, but again, it isn’t as much of an issue.”
Times DO change.

Way off to one side of the hall, I noticed that the walls had disappeared. The scene blended into the great outdoors. There were flagpoles lining one side of a field, flying those new colors. There was a rather stiff breeze blowing and several young people were tossing Frisbees back and forth. I noticed and pointed out to the audience that with the strong wind current, the tossers had to aim up-wind for the Frisbee to land in the desired destination.

I continued, “Displaying the six traditional pride colors is all fine and well, but change is really taking hold; especially with each new generation coming up, straight and gay is becoming much less of an issue. Red-Orange-Yellow-Green-Blue-Purple was adopted to proclaim an alternate sexuality. If “the colors” stay up and the gay populace continues screaming and hollering, “We are here!....We need to be accepted...”....well, that is a wall which separates one faction from another. Vigilance is still needed, but the reason for waving banners was to get the attention of the world. A good amount of attention is now paid and, although vigilance is still necessary, I think continuing to scream about how we are different only serves to sustain a stronger wall between people.
The idea was to promote integration, not create separatism.”

ONE HUMAN FAMILY, the slogan of Key West, is the idea.
And the basic colors of humanity are what?.... Black, brown, red, yellow and white?
‘Human Pride’.
I think a proclamation of unity is better than a proclamation of separatism.”

I guess this dream was a result of all the multiculturalism we have been seeing in our world.
Was it just a dream?

See ya over coffee!
-Sumshee 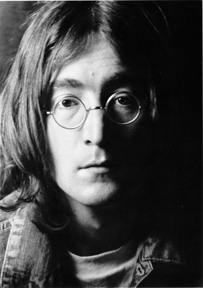